A Brief Encomium for the Transcendental

Transcendentalism is a romanticism

First, a plea: Do not by any means confuse it with the transcendent. The latter indeed means to go beyond, to another world, a different order of things that would bequeath this world a determinate, necessary shape and a final and singular meaning. Kant introduced the transcendental to mean the opposite of this. It is an immanent concept. In Kant’s rarified mode of speaking, it represents “the [immanent, subjective, human] conditions of the possibility of our experience of the empirical [shared, objective] world.” We can say: It is the way of making sense of the fact that the world can make any sense it might make—or lack any sense it might lack—for us. It is the way to see nature as a home for human beings, a way for humans to live in a human world, that is, a world of social relations that have the meaning or lack of meaning that they do on the basis of humans recognizing those social relations as human relations—as contingent, unfixed, free, mutable. So indeed, it represents a resistance, an exhortation for a certain self-conception, and a campaign against another; its natural enemy is naturalism in all its guises. I do not mean to refer here just to Kant, but rather to the subterranean stream of which he is the source, which assuredly pools at times in clearer and deeper lakes than his. Transcendentalism means: what we are depends to no small degree on what we take ourselves to be, and to no large degree on what “nature” says we are. But the point in cleaving the transcendental and the transcendent is not to give up on the yearning for a unified sense—of our individual and communal lives, of history—but is to endow that solitary and collective striving with a certain melancholic and bittersweet…let’s not quite say futility…but rather, humility. Schlegel: “To have and not have a system is equally fatal, so we’ll just have to decide to have both.” Transcendentalism is a romanticism.

Michael Stevenson is a Core Faculty member at Brooklyn Institute for Social Research, where he teaches classes on the history of western philosophy. Educated at the University of Pennsylvania, Cornell, Columbia and Humboldt University in Berlin, he specializes in the transcendentalist tradition, including Kant, post-Kantian idealism, phenomenology and existentialism.
Tags: Philosophy, Kant 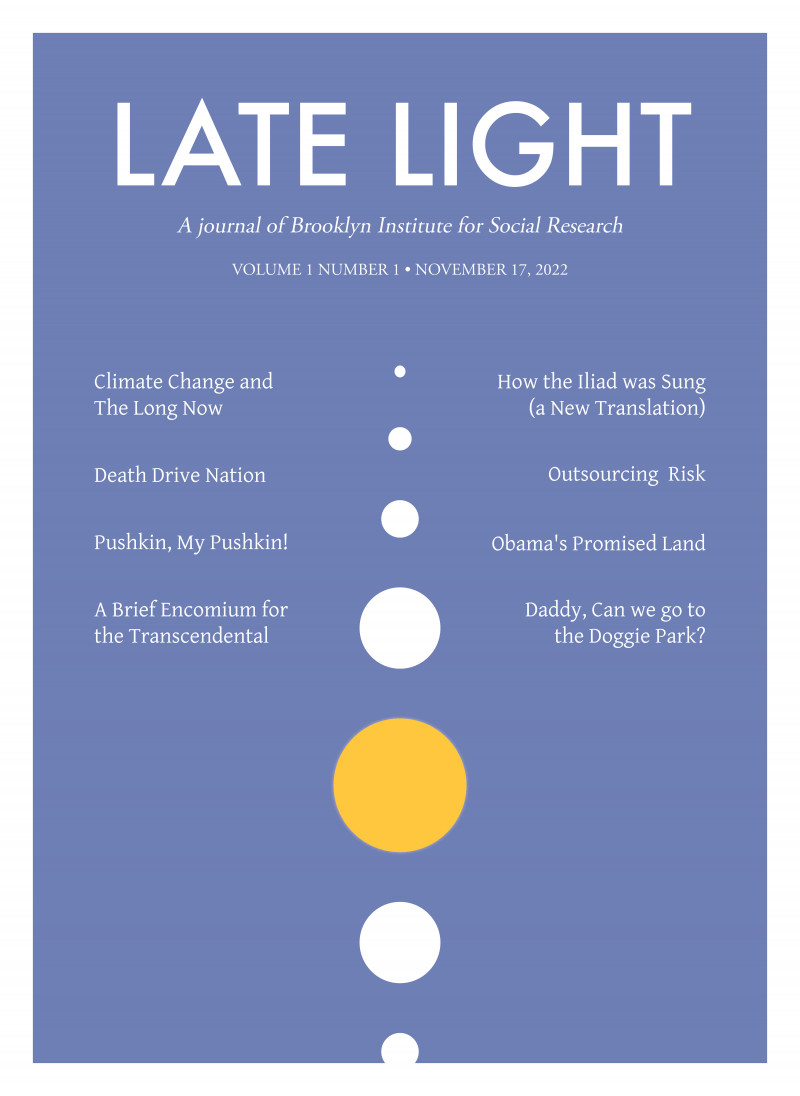 Issue 1
From this issue: